How I Discovered the Meaning of 'Poseur' (or, You Have the Strangest Flashbacks when Filling the Dishwasher)

When I was 12 years old, I was in the seventh grade and was enrolled in Mr. Royster's chorus class. MCV, you might exclaim, I didn't know you could sing! You don't know it because it's not true. Not at all. I can't carry a tune with a forklift. It's painful. If I'm inspired to sing along with a ditty in the car, I turn it up so I can't hear myself and ruin the song. Even in church, surrounding by wavery keening old lady voices, I just mouth the words because I don't want to embarrass myself.

My vocal handicap doesn't mean that I don't love music. I try to keep up with the latest sensations while expanding my historical knowledge of pop tunes (i.e., making it a point to know who originated a song later covered by the likes of Michael Buble). It can be a little exhausting sometimes. Emo means what?

Anyway, there's a new radio station in DC that's doing it's best to appeal to people like me by playing a mix of unassailably respected rock (U2, the Pretenders, the Police) and the new kids on the block (not actually NKOTB) like the Shins, the Vines, the Killers. By the way, why do all new pop rock bands start with "the"?

So, U2's With or Without You came on the radio whilst I was doing some chores this morning, and I was immediately time-warped back to the first seventh grade chorus class after Christmas break. It would've been January, 1988. Mr. Royster liked doing a big reveal of his selections for the spring concert, and he surprised a lot of us by picking a modern pop tune: U2's With or Without You. My best friend, Colleen, was insane for the group. I'm talking a 4' x 6' black and white poster of them on her tiny bedroom wall kind of insane. I'm talking using the lyrics to "Sunday Bloody Sunday" in religious education class to illustrate modern name checks to Catholicsim kind of insane. I'm talking listening to October while playing with Barbies kind of insane.

Even if she hadn't been, I would've been familiar with their discography. The Joshua Tree was everywhere at the time, so there was naught I could do to avoid the boys from Dublin. But her mania made me hold the group in very high esteem. Which means that I was all kinds of annoyed when that Kristi/Cindy/Chrissy person with the mouthful of braces bordered by hot pink lips couldn't contain herself when the song came on. She sang along loudly with each and every word, and raised her hands over her head to groove in a slinky Axl Rose-ish kind of way (even though she remained seated in her bright orange plastic school chair). I was across the room, looking at her, and my twelve-year-old self thought, "Contain yourself, woman!" A real fan, in my opinion, could passively enjoy the tune without demonstrating to each and every member of the chorus that she was in love with the band. I mean, why didn't she just wear a U2 patch on all of her clothes if she loved them so much? 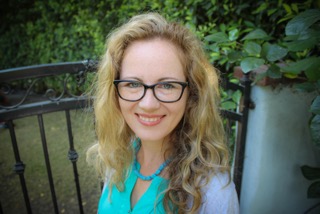